Yesterday was rainy and I was a bit on the lazy side for most of the day.  My son was tired from the weekend so I let him vegge in front of the TV for most of the day (to my defense, I did try to get him outside to play in the mud, with no luck).  Finally, I became bored with him sitting on his butt, so I built him a blanket fort.  Here's how it went:


Michael checks out the inside.  He said it was "creepy".  My flash was on so you can't see how dark it really is! 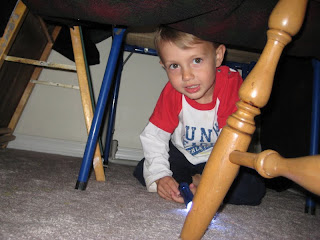 Inspired by the Spelunking post at Sense of Wonder, I gave Michael his flashlight to see if he felt less creeped out. 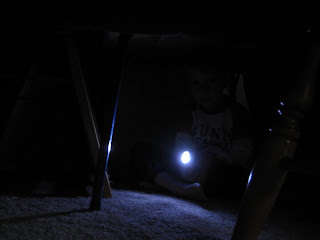 Michael tries crawling on his tummy into his "cave". 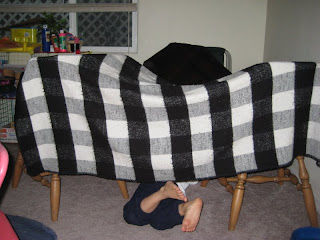 He thought it was funny I took a picture of his feet! 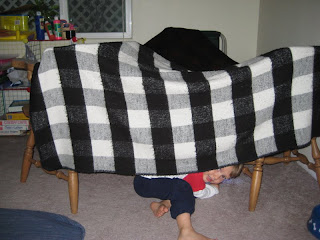 Michael decided me taking pictures was more interesting then his fort so he came out to be a ham. 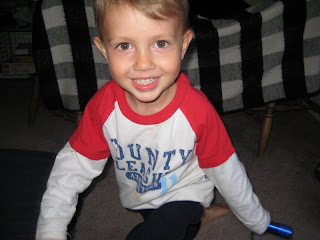 Time for the silly dance! 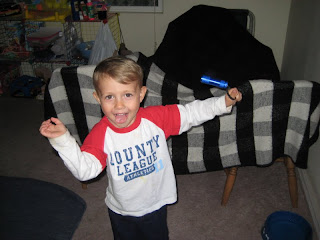 Back to the fort. 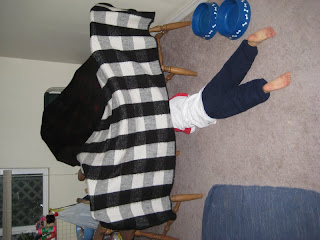 I have two dogs.  One was missing while I was watching TV last night.  I'm pretty sure he was in the fort (he likes to sleep in Michael's rocket ship play tent but wasn't there when I looked)!  This morning we found it collapsed with both dogs and one of our cats laying on the blankets.  Michael was so disappointed, I repaired the fort right after breakfast.  Hopefully he'll enjoy it as much today as he did yesterday.  Maybe we'll try some under the table art, inside the fort later today.
By Messy Kids at May 18, 2011 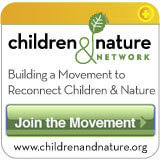